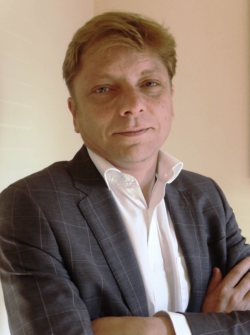 As of 5 September 2016, Sylvain Lhôte will take over from the current Acting Director General, Jori Ringman. Mr. Lhôte is currently Vice-president Governmental Affairs in Europe for Alcoa, the leading aluminium and light metals engineering group.

Prior to joining Alcoa, Sylvain directed EU and sustainability affairs for the Borealis Group, in the base chemicals and plastics industry and led a global CSR programme for the company in the EMEA region. He previously chaired the Fleishman-Hillard Public Affairs practice in Europe and headed its environment department, advising major trade associations and industries in the field of sustainability policies and public affairs strategies. Sylvain began his career in parliamentary cabinets at the European Parliament and the French National Assembly.